All Cuckoo Clocks from Boyd Clocks  carry a 10 year warranty.* 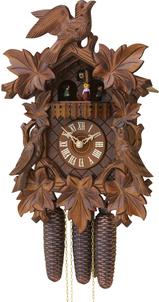 Click On A Picture to Enlarge and Get Pricing and Details

All Clock Sales Are For Local Pickup. We Do Not Ship at this time.

Click On A Picture to Enlarge and Get Pricing and Details 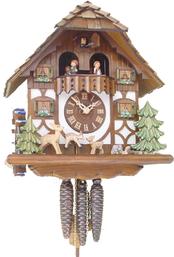 ​​​Click here to see the featured Clock of the Month​

* Clocks carry a 10 year warranty provided they are serviced by Boyd Clocks at 5 years.

The Origin of Cuckoo clocks

There are several stories about who invented the cuckoo clock.  One is that Franz Anton Ketterer, a Black Forest mechanic, created the Cuckoo Clock in the 1730s.  However Ketterer could not have been the inventor as it was discovered that he was born in 1734.  In 1629 Philipp Hainhofer penned the first known description of a modern cuckoo clock.  In 1650 the scholar Anthanasius Kircher wrote a handbook that described in words and pictures how a mechanical cuckoo works.  It is not clear who made the first cuckoo clock.

The cuckoo clock did not find its way into the Black Forest Region until sometime between 1740 and 1750.

The basic cuckoo clock today is the Bahnhausle (Railway-house) that was introduced in the 1860s.  It is the “traditional” or carved, which is decorated with carved leaves, birds, deer heads or other animals.

The Chalet design originated in Switzerland in the late 1800s.  Today they are known as the Bavarian chalet. The cuckoo clocks today often, in addition to the cuckoo bird, have other animated figures such as beer drinkers, turning water wheels, wood cutters, musicians, dancers and many others. Music boxes are often used in both Traditional and Chalet models.Cuckoos come in both 30 hour (1day) and eight day.  These can be distinguished by the size of the weight.  Clocks with no music box have two weights and clocks with music boxes have three weights. 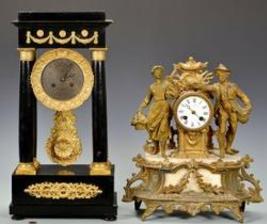